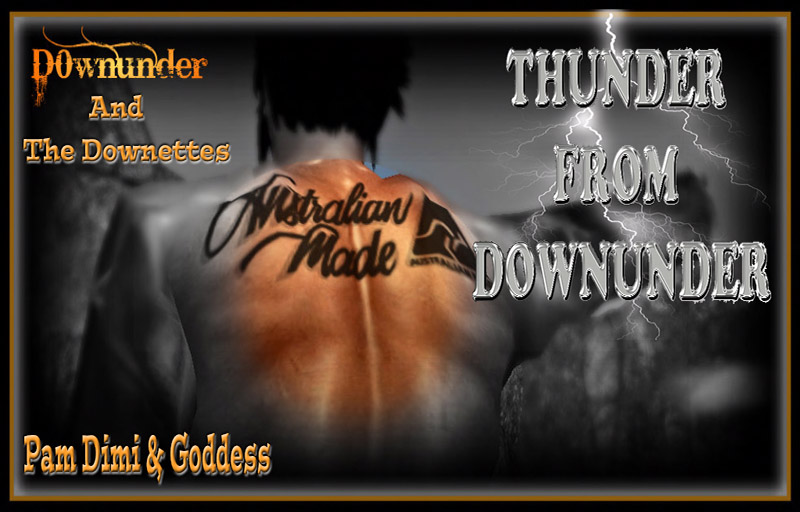 Listen to him Live on Saturday May 4 at 6 PM

DOWNUNDER aka THE THUNDER from DOWN UNDER is an amazing Australian vocalist who hails from Adelaide, the City of Churches. DOWN has become a highly sought after vocalist in SL with a cult following of loyal supporters at every gig. Once heard people are drawn to his awesome power ballad rock songs to his sultry dulcet tones that woo the heart.

DOWN’s career began at the ripe old age of 6 when he auditioned for Australia’s Young Talent Time, along with other TV shows. His passion for music grew which lead him to later join local bands. Down is currently lead singer of two Adelaide bands, one of which he has been a member of for the past fifteen years. Down is a passionate performer here in SL where he can be found in the SL events guide performing most nights of the week. Down who is also extremely generous with his time and talent has been known to perform impromptu gigs at short notice.

Treat your ears to a music fest and come along to one of Down’s gigs but rest assured it will not be your last.

Music links can be heard below